Remember the first time that you used a smartphone? If you’re like many, then it was a bit overwhelming – games, apps, calendars, e-mails, thousands of tools at your fingertips. However, you quickly learned to harness this powerful tool for work, play, socializing, and connecting. In a few short weeks, a terribly confusing device became a powerful tool that you use every single day.

One of the most remarkable things about the human brain is its flexibility. Whether by learning new tasks or discovering new uses for old tools, our survival is possible because of the brain’s ability to adapt to a constantly changing world.

For all of our brain’s flexibility, however, it has always been limited by one thing: our bodies. Our eyes, feet, hands, and ears are tools for interacting with the world, but they are ultimately limited in their strength, resolution, and durability. But what if our brains could control more than just our bodies? Could they learn to interface with electronic devices? And what good would come of these technological innovations?

These questions are at the heart of the Center for Neural Engineering and Prostheses (CNEP), a collaboration founded by a core group of researchers in neuroscience and engineering from UC Berkeley and UC San Francisco. CNEP represents a coming-together of many fields – robotics, engineering, neuroscience, medicine, and computer science – to create the next generation of technology that will allow the brain to directly control electronic devices through Brain Machine Interfaces (BMIs). 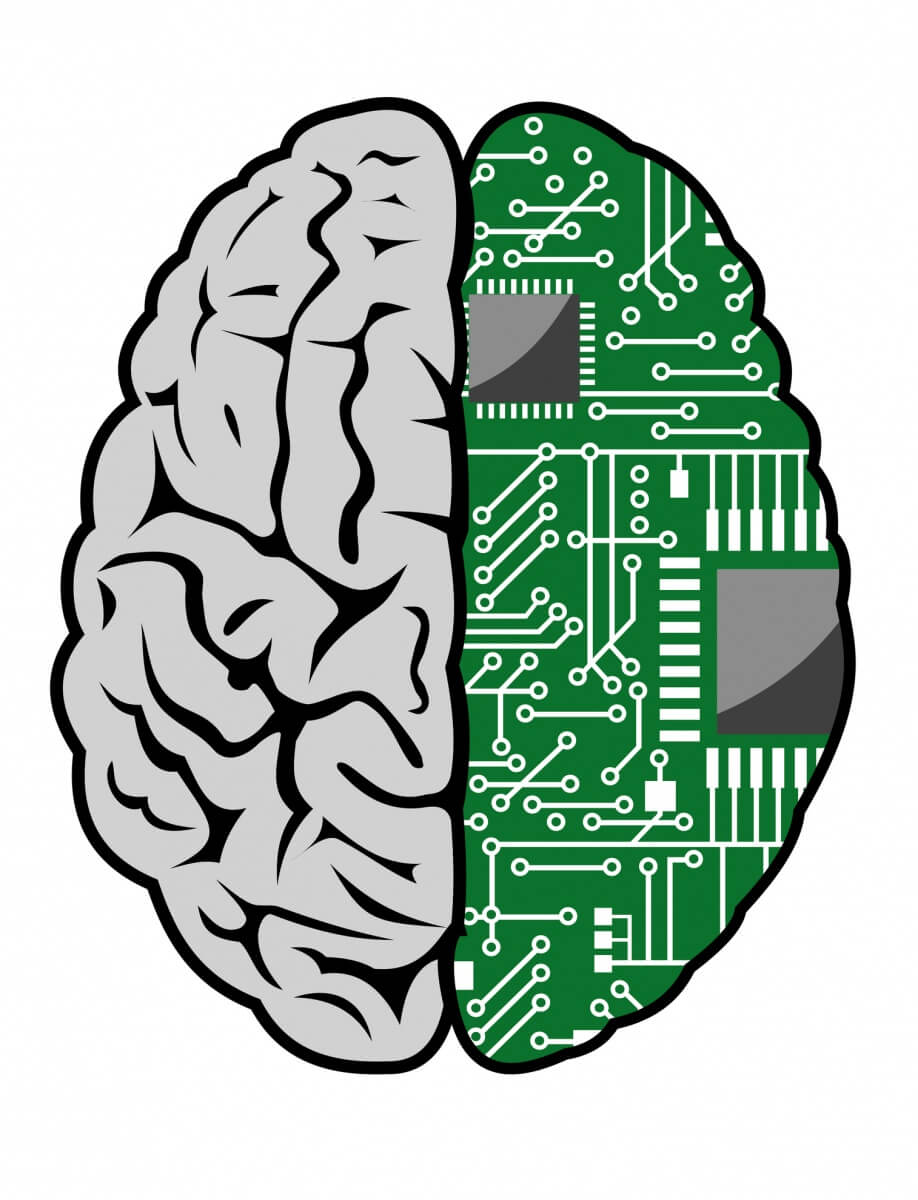 Interfacing with the brain

Researchers at CNEP combine cutting-edge tools from both engineering and neuroscience.  They build on previous research into machine learning and neural plasticity – the brain’s ability to change and adapt. “The beauty of this collaboration is in combining Berkeley’s strengths in engineering and neuroscience with the strengths of UC San Francisco, medicine and translational research,” says Jen Sloan, CNEP managing director.

For example, Jose Carmena, co-director of CNEP, studies how the cortex adapts in order to control prosthetic arms. His research team first inserts electrodes directly into the motor cortex of the model animal’s brain.  These electrodes record when neurons are active, and send the information to a computer. Finally, the team develops algorithms to analyze patterns of neural activity and map them onto particular commands on a computer screen. For example, when recording from ten neurons, a particular subset of three firing at the same time would cause a mouse cursor to move left.

Such actions are not part of the traditional role of the motor cortex (moving a mouse cursor is quite different from moving arms and legs) but nonetheless the animal is able to learn how to control this region of the brain in order to perform a completely novel task. The scientists discovered that over time, the neurons began to change their firing properties, adjusting in order to control the computer.

Teaching a brain to command a computer is a fascinating result. But CNEP’s ultimate goal is to create technology that can benefit humankind in a more practical way – for example to create neuro-prosthetic devices for people unable to use their own limbs. By including a team of materials scientists and top-notch engineers like Michael Maharbiz in their core group, the research center aims to create hardware that facilitates the interaction between brain and machine. 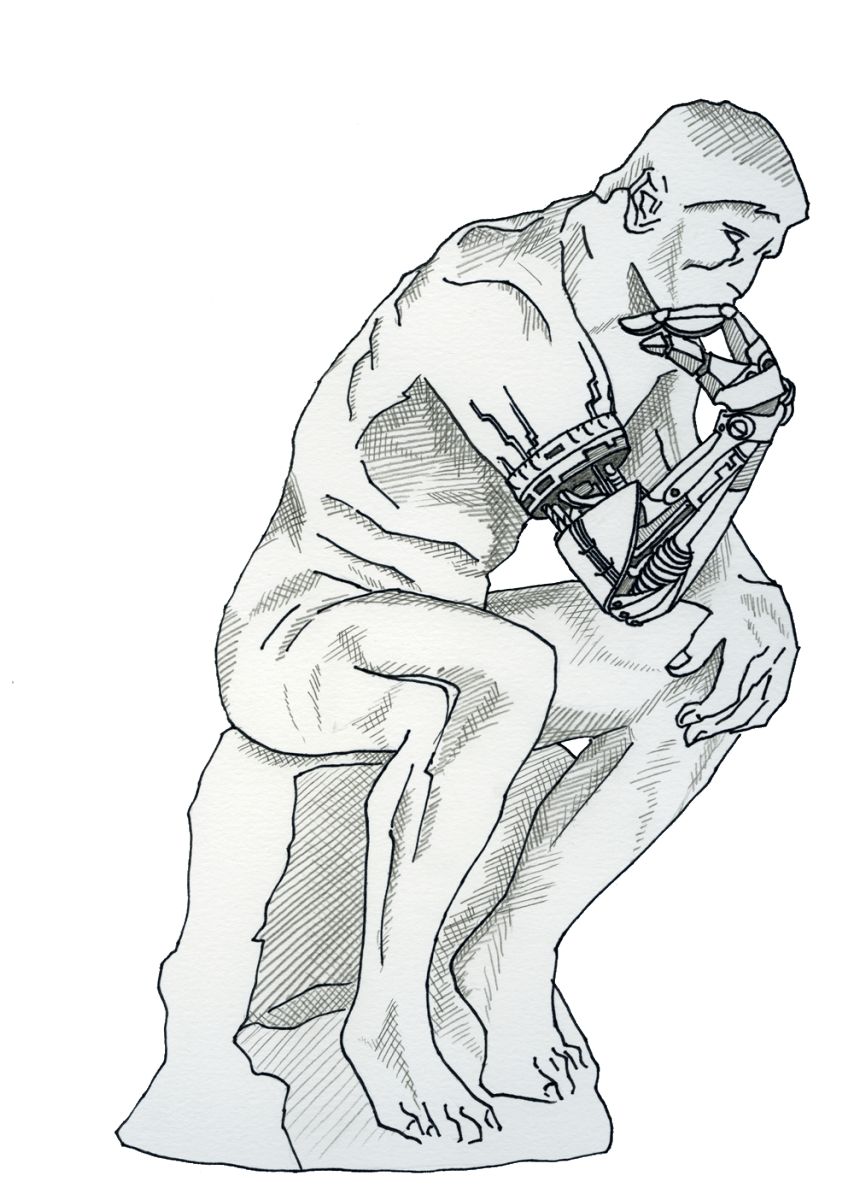 While CNEP is a purely non-profit, research-based organization, it also hopes to transfer many of its techniques and innovations into our society. “BMIs aren’t only useful for prosthetic devices,” explains Sloan, “they also have applications in treating conditions such as depression and post-traumatic stress disorder without medication.”

To accomplish this, CNEP was recently awarded $26 million from the Department of Defense in order to understand the neural circuits underlying psychiatric diseases such as depression, addiction, and anxiety. Their mission is to detect circuits in the brain that are associated with these illnesses, and create precise electrical hardware for stimulating these pathways to prevent harmful patterns of brain activity.

Transitioning from animal models to humans introduces a new set of challenges that scientists must overcome. For example, animal BMIs often use electrodes inserted into the brain. However, for such a device to be widely possible in humans, a less-invasive alternative is needed.

One promising new technology for brain recording is called Electrocorticography (ECoG). This is a procedure in which a neurosurgeon places a grid of electrodes directly onto the surface of a patient’s brain. While this may sound quite invasive, it does not penetrate the brain’s surface, minimizing the chance for complications. This makes ECoG a good candidate for prostheses that could leverage the complexity of the brain in order to control computers and motorized devices.

At the forefront of this field are CNEP board members Eddie Chang and Bob Knight. Both have investigated the potential of ECoG for nearly a decade now, and have answered questions in linguistics, attention, and vision (among others) using this method.

In a recent experiment, Knight and his fellow researchers played pre-recorded words and sentences to ECoG patients. They monitored the brain activity that occurred in response to listening to these sounds, and used the information to create algorithms that predict sounds from patterns of brain activity. They then used these maps to “decode” particular sound patterns just by looking at recordings from the brain. Effectively, they managed to determine what the person heard using only the ECoG data. This successful experiment gives hope to the scientists that they could use this technology for brain-to-speech interfaces and other BMI applications.

The next step is to partner with CNEP engineers and create an ECoG system that allows the patient to leave the hospital with the implant still inserted. This requires advances in wireless recording, bioengineering, and power efficiency. “The goal is to create a ‘closed-loop’ system in which computer algorithms and data collection are carried out continuously without the need for input from doctors or engineers,” says Sloan.

While CNEP has made significant progress in understanding the potential behind BMIs, they have a long way to go before these devices will be used in the real world. Whether it is controlling robot limbs, alleviating psychiatric disorders, or communicating without moving your body, BMIs have the potential to improve the lives of millions of people, and CNEP will be at the forefront of this technology.

Sloan imagines a world in which technology and neuroscience come together to rehabilitate and empower individuals who have lost their normal functionality, and help them regain their full potential. Such a vision may be a long way off, but with the unique blend of engineering and research at CNEP, that future may be closer than you think.

>> Go to the Center for Neural Engineering and Prostheses website