By Natalie TerranovaSeptember 23, 2021No Comments 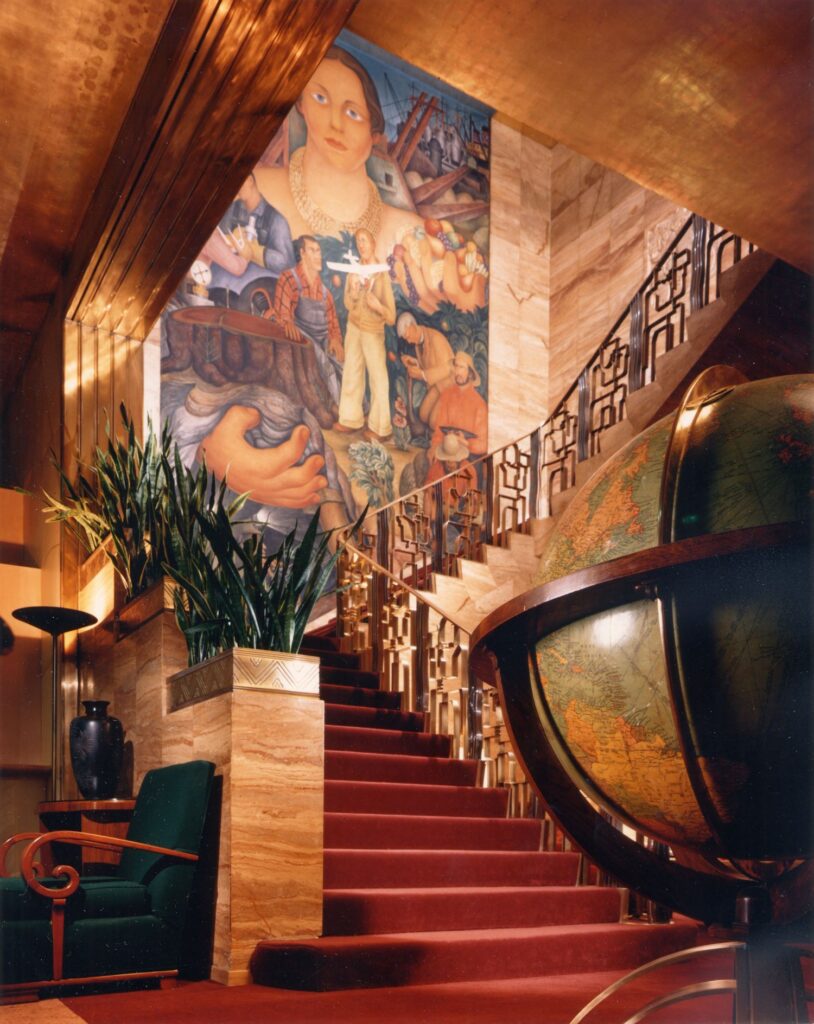 Allegory of California mural by Diego Rivera in The City Club of San Francisco. The large figure at the top is Helen Wills Moody as Calafia, the Spirit of California. Photo courtesy of Stock Exchange Tower Associates.

Looming at the top of a mural in the grand stairwell of The City Club of San Francisco is a depiction of Calafia, the Spirit of California. The model for Calafia was tennis champion Helen Wills Moody (1905-1998), after whom our institute is named. The mural, called Allegory of California, was painted in 1931 by famed Mexican artist Diego Rivera, at the entrance to what was then the Pacific Stock Exchange Lunch Club.

Moody was an international celebrity when she posed for the mural, which was the first fresco Rivera painted in the US. She won gold medals in tennis at the 1924 Olympics when she was a student at UC Berkeley. Moody graduated from Cal in 1927 with a degree in fine arts. She then continued her tennis career, and also became a painter and writer.

In 1995, Moody gave a gift that established an endowment for the Berkeley Neuroscience PhD Program and helped provide initial funding for our institute. In 2000, it was renamed the Helen Wills Neuroscience Institute in honor of her generous gift.

Learn more about the mural from The City Club of San Francisco, and more about Helen Wills Moody’s life and career from Cal Athletics.