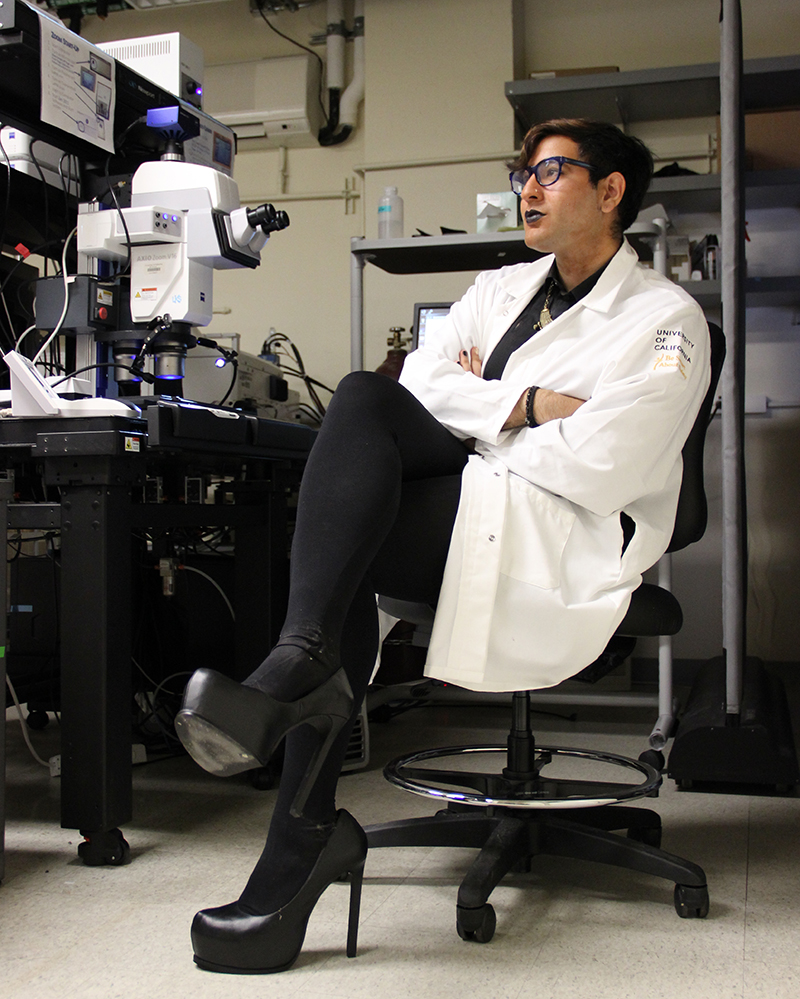 I was actually interested in going into medicine for an incredibly long time. I think seeing my grandmother’s dementia kick in resonated with me strongly, and motivated me to try and understand how the brain learns and codes memories. It wasn’t until my senior year of college, however, that I decided that blood was too much for me and that I loved math and its applications to neuroscience far too much to leave research. One thing led to another, and voila here I am as a PhD student.

What led you to choose the Berkeley Neuroscience PhD Program? What are the best/hardest parts about being here?

I think it was definitely the strong spirit of collaboration between different subfields of neuroscience. Berkeley is also quite renowned for its computational sciences, and I think its commitment to fostering interdisciplinary interactions resonated well with my desire to continue my study in both the biological and computational sciences. Also, it’s pretty darn open of an environment (I feel).

I appreciate the sheer diversity of people I see at Berkeley and its desire as a university to bring together so many queer, trans (femme) people of color. The hardest part, I think, is really being consciously (or subconsciously) seen as a representative for that subpopulation of people. I have to hold myself to a very high standard, and overall I think I’m doing pretty ok but there’s a consistent fear of fucking up and being looked at as inadequate. 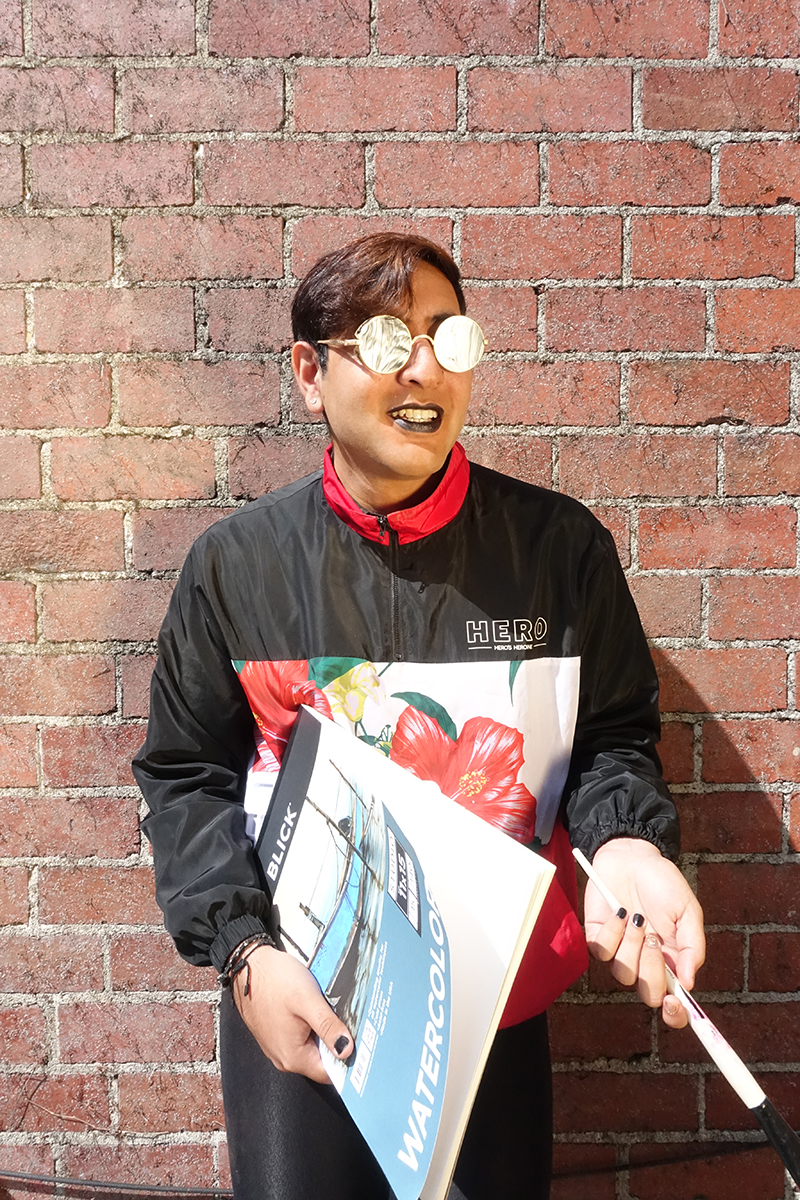 Well, for this semester the only me is the one in lab.

I kid. In lab I am a lot more serious and while I do socialize with fellow scientists I feel like I am in a constant rush to do something or the other. Part of that subdued nature is reflected in some of my clothing standards, where I won’t wear heels or make-up for the fear of being singled out or being a target of transmisogyny.

I’m generally quite introverted, and it often takes a significant amount of energy for me to leave my room or lab and take a break. That isn’t to say I’m not personable, however! I’d like to think I’m an incredibly shy person hiding behind a very sociable person.

What story does your non-lab photo tell?

I love art, and I love bright colors and dressing up and being very flamboyant and femme and visible. As I said, I’m generally quite shy in terms of expressing myself, primarily because over the years I’ve internalized a lot of dysphoria and negativity re: the body that I was assigned male in. Dressing up the way I do and partaking in the arts has helped me beyond any perceivable measure. I am genuinely happy wearing what I wear and painting what I paint because it offers me an outlet that my professional environment doesn’t necessarily offer.

Describe your experience in the Helen Wills Neuroscience Institute (HWNI) as a non-binary scientist. Do people respect your pronouns and identity?

So, theoretically people do. I want to start off by saying that there has been a dedicated group of people who have been INCREDIBLY welcoming and accommodating to me. However, I think that some of the shortcomings of the support systems here are representative of larger societal issues. A lot of folk get confused in using gender neutral pronouns, and sometimes even frustrated even though they’ve used singular gender neutral pronouns many, many times before! I get misgendered quite a bit, and feel like I’m forced to to overplay the womanly part in order to have my identity be respected. I am trans feminine and do identify more with the concept of “woman” and dress up in a very femme manner but it’s a pain in the ass to constantly shave, wear femme clothing, and then to be promptly be called “dude” or “man”. Undoubtedly there are people who don’t know but I don’t think the concept of being non-binary even exists in most people’s minds or understandings of Western conceptions of gender. I am rambling a lot at this point but it’s also quite scary to have to call people out when these are your mentors, colleagues, and friends who will indubitably have some role in your success in science! I often feel like others see me as wanting “special attention” because I am so particular about pronouns and identity.

Do you feel comfortable coming out to people in HWNI? What about the larger scientific community?

To be very honest, I want to be able to just tell everyone in HWNI that I’m trans femme so that any misunderstandings are cleared up. The issue with this, however, is that I am still quite afraid of the potential backlash, and the ensuing conversations that it will inevitably lead to. Because I cannot rely on my family for support on this topic, I am always hesitant in informing my immediate community as the potential backlash would mean that I have no true support system in place. However, regardless of my hesitations I have faith that the HWNI community as a whole is supportive. If I could walk onto the main stage at SfN and shout it, I would. Absolutely I would let the larger scientific community know. 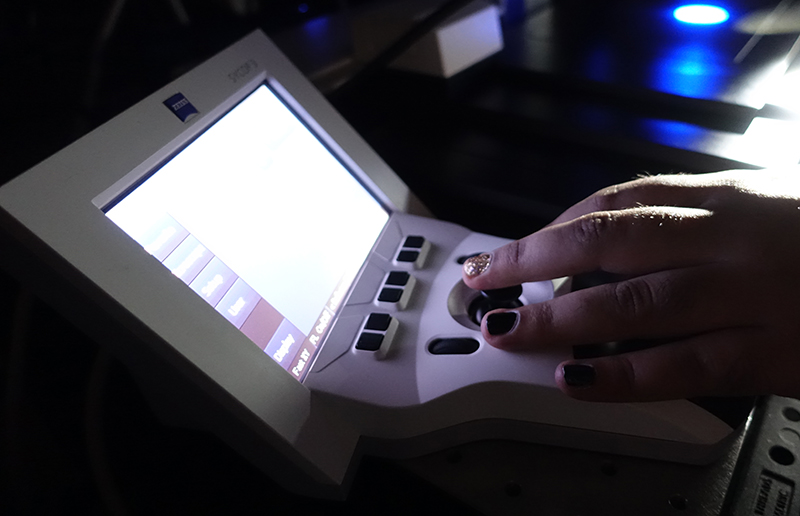 How are you different from the rest of the scientific community? How do people react to those differences? Are your differences celebrated?

Legitimately I know of no other queer, trans feminine person of color in neuroscience. It might just be an issue of visibility, and people could be coming into their identities at this very moment but I can think of no one off the top of my head. There are definitely trans folk in neuroscience and I am so grateful for their visibility and the mentorship they have offered me, but I kinda occupy a very niche set of identities.

One issue I have with the field of science in general is that these differences in identity are often passed over, and relegated as not relevant to our roles as scientists. I contend very strongly against that because we are still human beings who move through the world normally once we leave lab. I say this all the time but me being a scientist doesn’t automatically prevent the world from throwing racism, transmisogyny, or homophobia in my face. In fact, I have looked for a stronger support system in science where people are touted as “open-minded” and don’t often see that.

What is your background? Tell me a story about yourself.

I once got hit by a car in the style of a raucous 70s comedy. I was 5 years old and learning how to rollerblade.

What challenges are you currently facing? How do you overcome those challenges?

My family doesn’t know and won’t know. If (more of a matter when) my parents find out about my identities, it won’t be a pretty sight to behold. I’m not sure how I’ll overcome it but I suppose by that time I’ll be as comfortable with myself as I can be. I’m open about it now because I honestly don’t care. I love them but I’m self sufficient and have a supportive group of friends, and that’s all I really need.

I also don’t know what being so open about my identities is going to do for my career. I’m terrified that much of the older establishment in neuroscience is going to be very unaccepting or openly derisive about my ability to be a neuroscientist because I am queer, trans, and non-white.

As I am more and more openly femme, I am frightened for each new day. Trans women of color have been said to have an average life expectancy of 35. I don’t know what the future will hold but regardless of my fears I am hopeful. 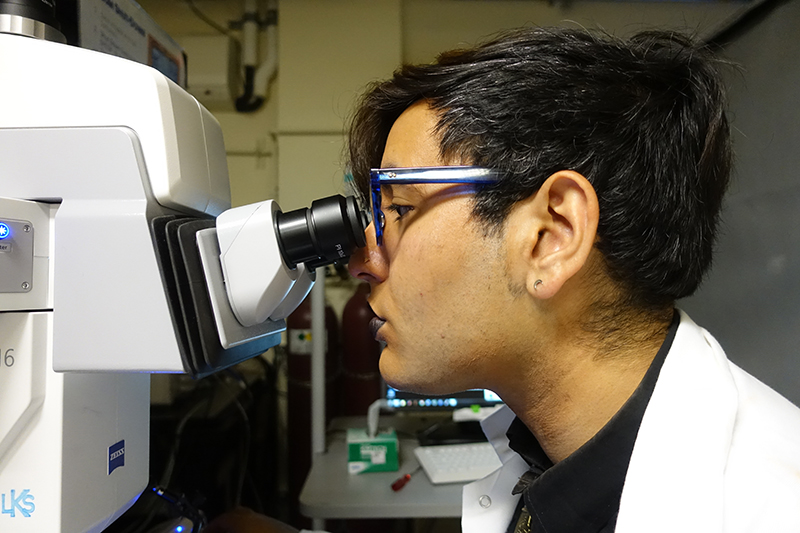 How can we do better as a scientific community?

Interrogate the ways we claim objectivity and “truth” in our field, and how it might be disingenuous to deny the different lenses of analysis we bring that are steeped in our personal experiences. See who is conducting science and who isn’t conducting science. Make it as accessible as possible to the broader public, especially to low-income communities (of color).

Have you ever felt like you couldn’t be yourself? 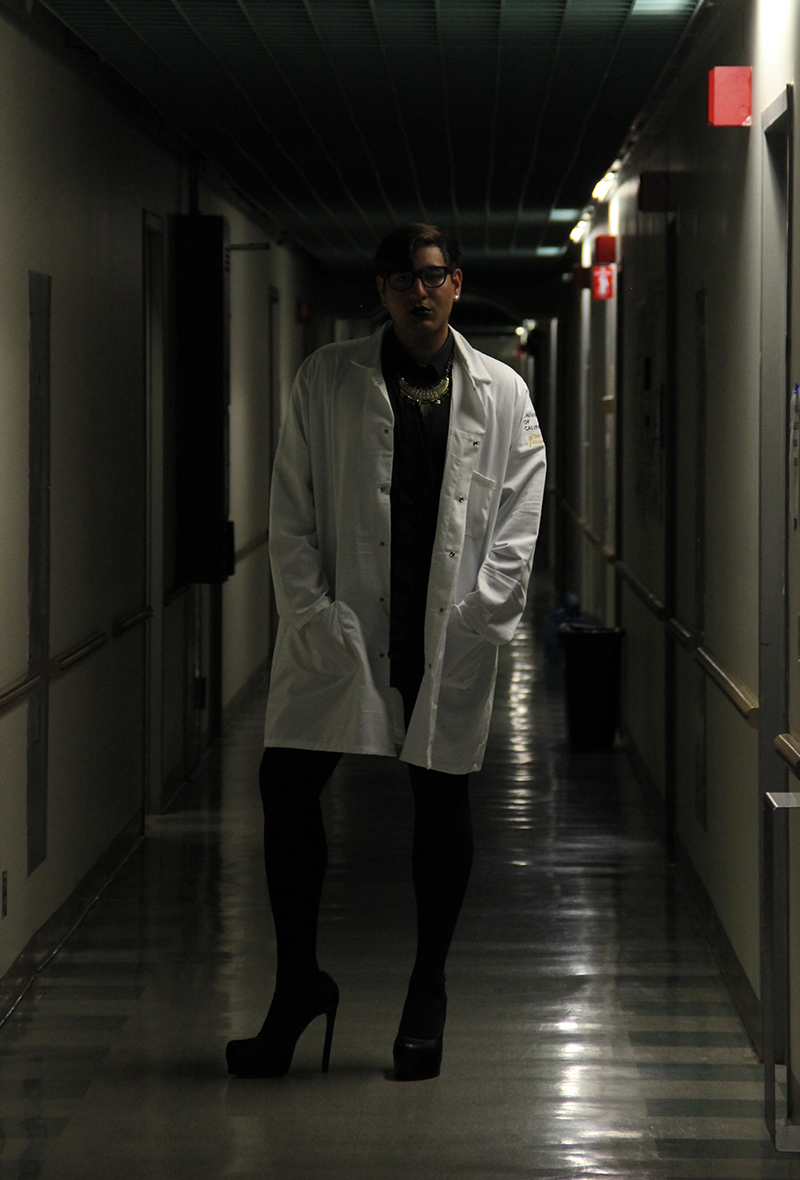 Do you feel like you need to change how you present yourself when in the lab or amongst colleagues? Why or why not?

Oh absolutely. Having to be more androgynous or gender ambiguous when I am among new people is a common theme. I have to scout out people’s beliefs, and even then it takes a lot of courage for me to get over the thought process of “what if they don’t like me.” I think I am at the point now here if I get stuck in that rut I just think to myself “well fuck it, you don’t have to like them if they don’t respect you.”

What does it mean to be able to express yourself freely?

I would like to think so! It would be a lot of hubris for me to think that I could single handedly improve the conditions for queer + trans people of color in science, but I think there is a value in being visible and openly available for advice and mentorship. It is risky in a lot of ways, but I also think it is so SO important for budding QTPOC scientists to see someone who is queer, trans and a PoC in a position of power because it reifies the notion that they too can do science and be scientists.

Any words of wisdom? Do you have any advice for others?

It’s fine to want to build up an internal resilience to your environment and believe yourself to be indestructible, but please don’t feel like it’s inappropriate to rely on others. I too thought that being cold, unfeeling and purely rational was the way to go but emotional ways of thinking are equally as valid as “rational” ways. I don’t know how to articulate this without sounding super sappy but think about yourself and all the pieces you value about yourself, and if you can’t find people who will help you think about those traits.

Krishan Aghi is a Berkeley Neuroscience PhD Program student in Udi Isacoff’s lab, where they study the mechanisms of homeostatic plasticity at the neural circuit level. They won the 2017 Outstanding Graduate Student Instructor Award for their excellence in teaching undergraduates and received a 2017 Markowski-Leach Scholarship.