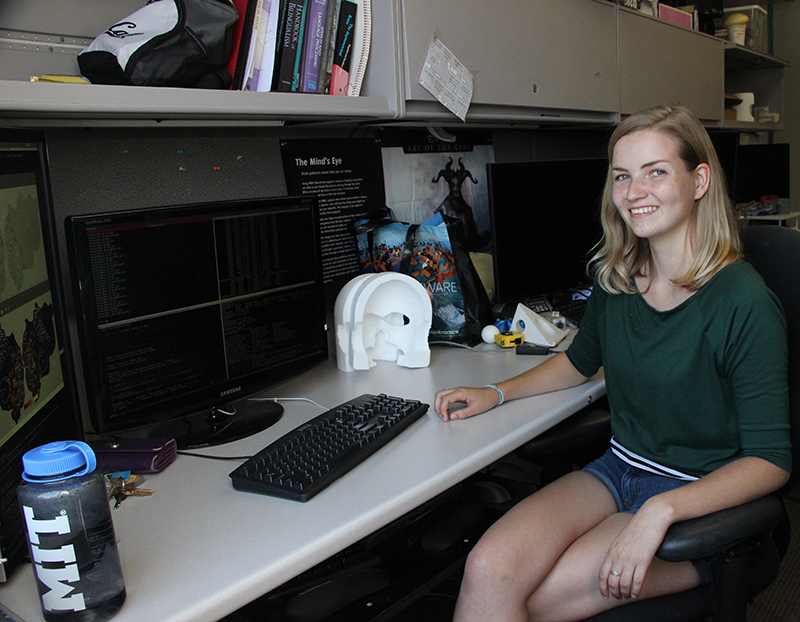 I’m interested in learning how different sensory systems work together to come up with one coherent representation of an object or scene. Most of the time, one sense is studied in isolation, but that’s not how we experience the world, so I want to work in more naturalistic experimental settings to get a more realistic idea of how we integrate information from different modalities.

I actually took one Psychology class in college with the intention of it just being an elective, but then I really liked it and added it as my second major.  Since my other major was in Applied Math, my undergrad research was in computational psychology, but I later realized that I could get much larger datasets to work with if I went to Neuroscience, so here I am!

What led you to choose UC Berkeley?

A large part of why I came to UC Berkeley was because of the people that I met here.  Sure, the research is also fantastic, but I don’t want that to be my whole life.  The people here seemed overall just so much happier than anywhere else I visited, and the graduate students here seem to have good work/life balances whereas some other places the students seemed to only exist within their labs. 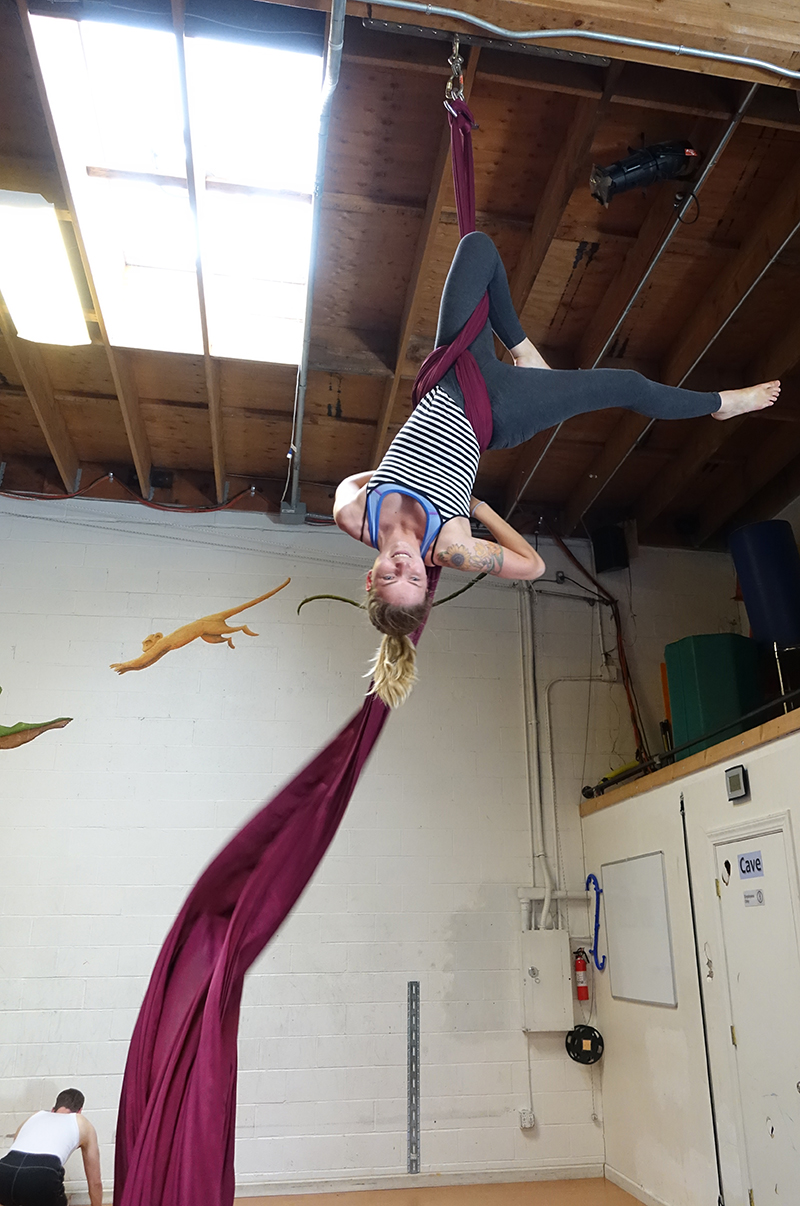 When I’m in lab, I’m often seen glaring at my computer with headphones in, ignoring the rest of the world, but this is interspersed with periods of excitement when I actually get my data to work nicely with me.  Outside of the lab, I’m still usually pretty quiet, but there is much less glaring involved!  Sometimes you’ll find me upside-down in the air doing circus-y things like taking classes in aerials silks and trapeze.

Why aerial acrobatics? How do you feel when you are doing aerial silks/trapeze?

Well I’ve always been drawn to circus-type activities; in college I was president of a fire-spinning club!  I frequently make jokes about how if grad school doesn’t work out I will genuinely be running off to join the circus.  I also have a very hard time focusing on athletic activities for extended periods of time, but this is one of the few things that has actually kept my attention.  It’s surprisingly calming for me when I’m way up in the air just hanging out in the silks in stable positions.

How are you different from the rest of the scientific community?

Working in a computational field, it’s hard not to notice how often there are few or no other women in the room.  My current lab does not have this problem quite as much as other groups I’ve been a part of in the past, but it can be hard to look past those other experiences.

Describe challenges you have overcome to get to where you are now.

There have been so many times where I’ve been talked over in meetings or had peers talk down to me even when I’m confident that I know what I’m talking about.  When I was a TA for an applied math course in college, I was the only female TA and there was another TA who made it very clear that he thought I did not belong there until it became known that my students were getting the highest average grades of any section of the class.  I had to prove that I was doing a better job than others were before I was even treated as an equal.  This isn’t the only time that something like this has happened, and I don’t suspect it will be the last. 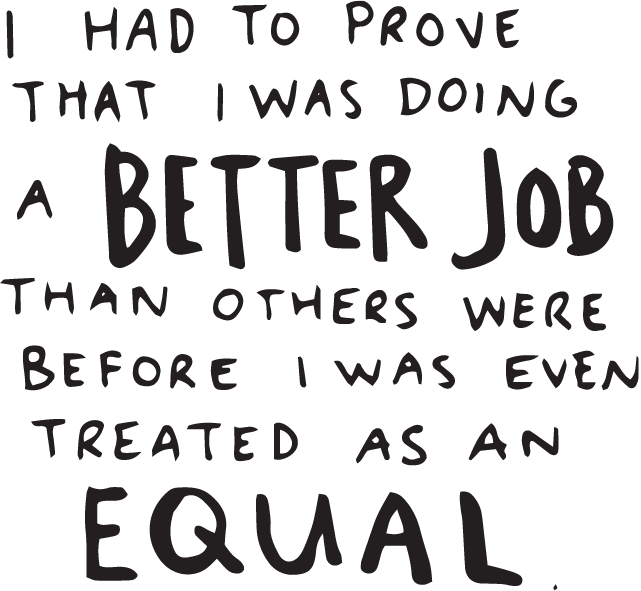 Do you feel like your experience in computational neuroscience is different as a woman versus if you were a man?

Oh definitely.  Some of the time this is due to expectations that I think I’m putting on myself though.  In meetings where I’m the only female, I am so afraid of saying something incorrect that I don’t speak at all because I don’t want to have people remember that and possibly reinforce stereotypes that women just “don’t belong” in these kinds of fields.

Who are your best supporters? How do you try to support others?

It’s always nice to talk to other female scientists to get some validation that I’m not the only one feeling these sorts of things. It’s very easy to convince yourself that you’re just being overly sensitive and making these things up in your head, but if you find out that you’re not the only one feeling this way, then it starts to feel more like a real problem. So, I try my very best to listen to others’ similar experiences so they also feel validated. 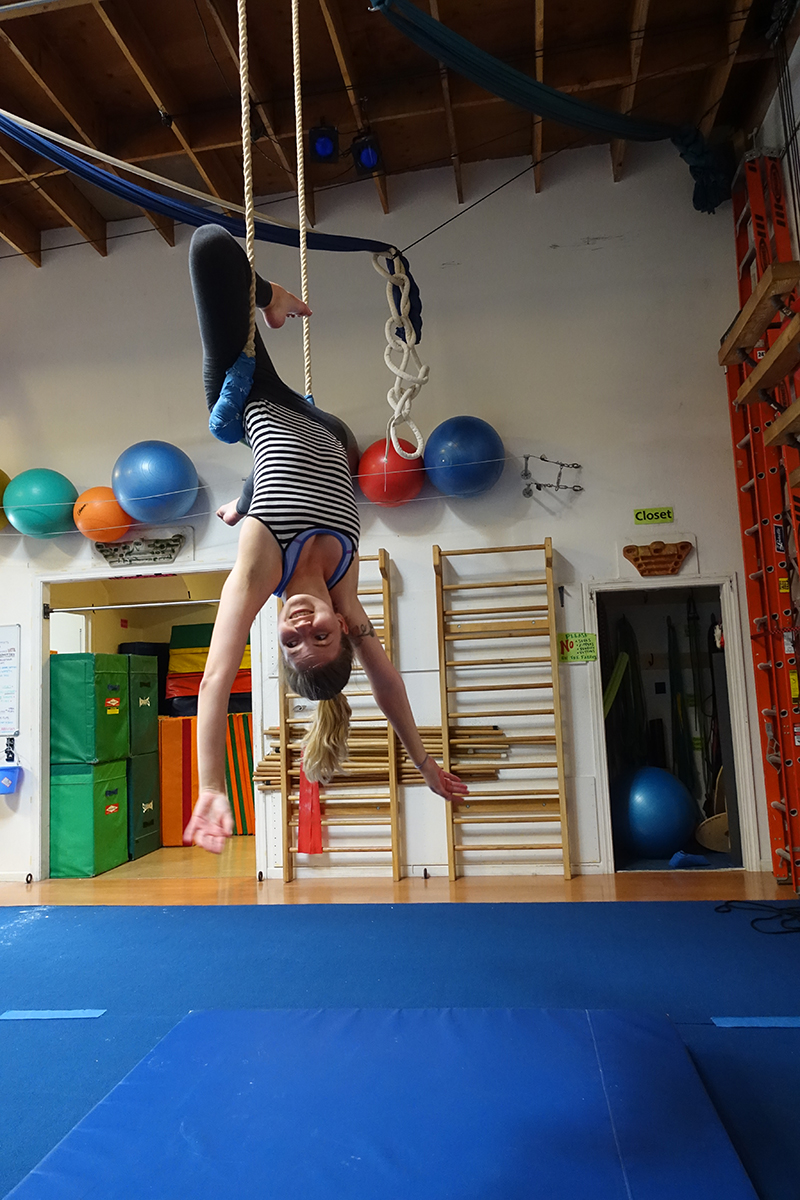 Do you feel like you need to change how you present yourself when in the lab or amongst colleagues? Why or why not?

This happens less so than it used to, but I used to be very hesitant to dress femininely in lab.  But I think now that I’m in a group of people that I’m more familiar with, and because I’m not the only female in the group, I can give lab meeting while wearing a brightly-colored dress and feel confident that I’m being evaluated only on the content of my presentation.  It’s a different story when I’m around a group of people that I’m not so familiar with though, and in those situations I’ll probably try to appear more masculine in case there happen to be people present who will judge me based on stereotypes they hold rather than what I’m actually saying.

What does it mean to be able to express yourself freely?

Not having to think about these things, like how I’ll dress for a particular presentation. It would be great to not spend 5 minutes in the morning trying to decide if it’s okay to wear fancy earrings in front of a new group of people while talking about my research or if that’s something that I’m going to be anxious about later.

Even just being visible in computational research settings is reassuring to others who are newer to the field! Last semester I was a TA for a computer science class, and I was one of very few female TAs. But after an exam two of my female students came up to me to say that they appreciated seeing me there “representing the ladies,” and hopefully seeing people similar to themselves represented amongst the course staff gives them more confidence in their own abilities!