“Why we sleep” with Matthew Walker

Allow me to ask you a question: Can you recall the last time you woke up without an alarm clock feeling refreshed, not needing caffeine? If the answer is “no,” you are not alone. Two-thirds of adults fail to obtain the recommended 8 hours of nightly sleep. I doubt you are surprised by the answer to this question, but you may be surprised by the consequences. Routinely sleeping less than 6 or 7 hours a night is a risk factor for, or cause of, every major disease killing individuals in first world countries, including cancer, hypertension, obesity, diabetes, congestive heart failure, suicide and Alzheimer’s disease. This talk will provide the hard science underlying the link between insufficient sleep and ill health. 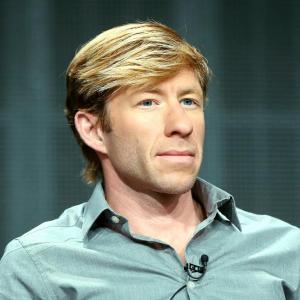 Matthew Walker earned his PhD in Neurophysiology from the Medical Research Council in London, UK, and subsequently became a Professor of Psychiatry at Harvard Medical School. He is currently Professor of Neuroscience and Psychology at the University of California, Berkeley, and Director of the Sleep and Neuroimaging Laboratory. He has received numerous funding awards from the National Science Foundation and the National Institutes of Health, and is a Kavli Fellow of the National Academy of Sciences. His research examines the impact of sleep on human health and disease. He has been featured on numerous television and radio outlets, including CBS 60 Minutes, National Geographic Channel, NOVA Science, NPR and the BBC.