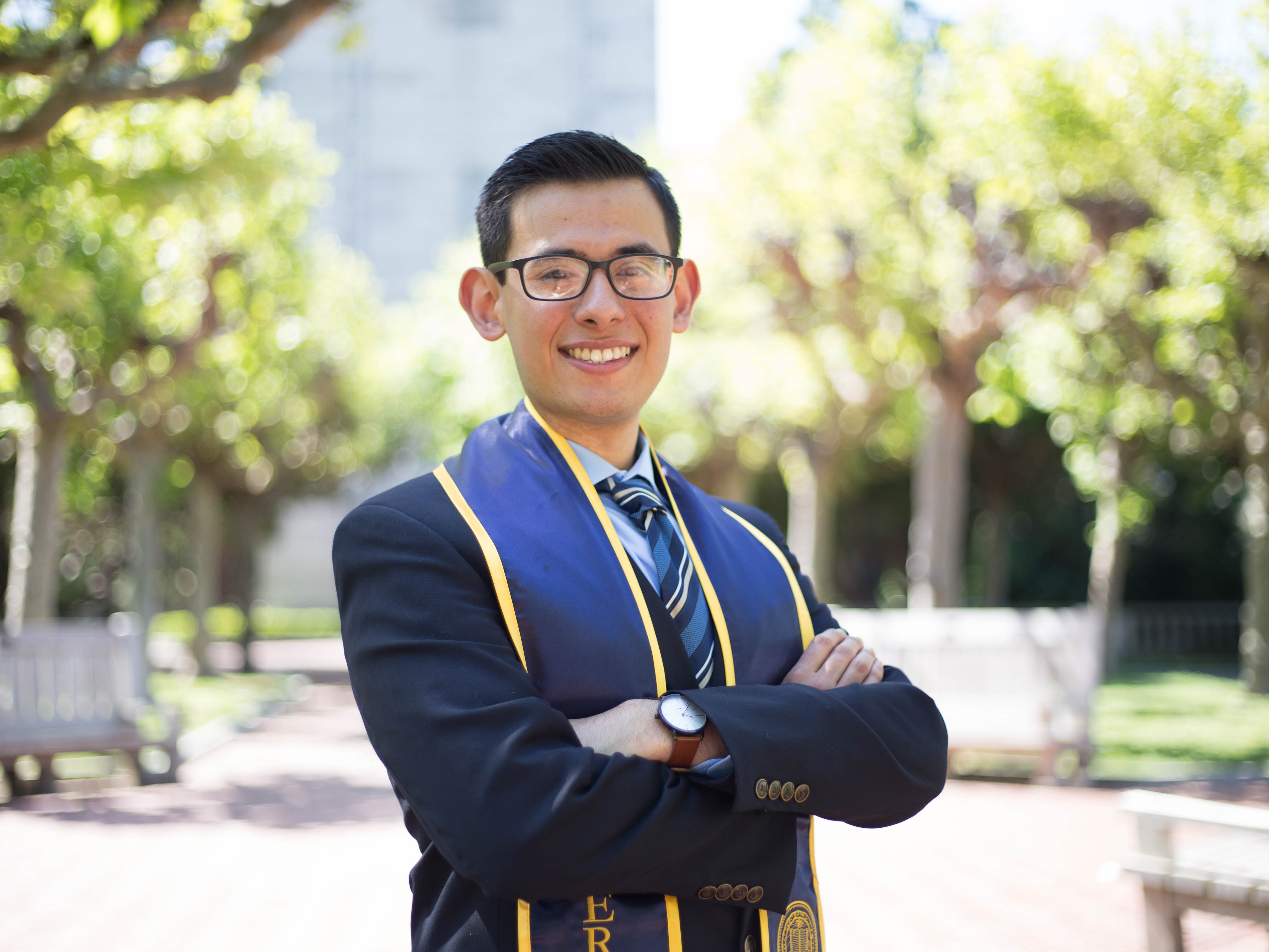 It’s not often that an undergraduate research project results in three first-author publications for the student, but UC Berkeley alum Daniel Cardozo Pinto managed to do just that. Cardozo Pinto was an undergraduate researcher in Stephan Lammel’s lab, where he led his own project to assess the specificity of mouse lines genetically engineered to label dopamine or serotonin neurons. The results of his study were recently published in Nature Communications. Cardozo Pinto also co-authored a review paper and an opinion article with Lammel, who is an assistant professor of neurobiology and a member of the Helen Wills Neuroscience Institute.

Lammel speaks highly of Cardozo Pinto. “He managed to perform all experiments in his free time, wrote the [Nature Communications] paper in large parts by himself, managed the revisions — and all of this in addition to handling a full schedule of classes,” he says. “I see Daniel as a true role model to other students at UC Berkeley.”

Cardozo Pinto, who is now a third-year Neuroscience PhD student at Stanford University, was born in Bogota, Colombia. His mother is a paraeducator who works with children with autism and his father is an engineer — a combination that he says led him to seek “a mechanistic understanding about how the mind works.” At Berkeley, Cardozo Pinto double majored in Psychology and Molecular and Cell Biology (MCB).

“Nobody else in my family is a scientist,” he says. “So forging a path into an academic career has been something that I’ve had to figure out on my own.” Cardozo Pinto asked classmates who were in labs about how to get involved in research, and says he then “cold emailed” faculty members whose research he found interesting. After briefly assisting with a short project with Helen Wills Neuroscience Institute member and Professor of Psychology Mark D’Esposito, Cardozo Pinto began working with Lammel who had recently been hired at UC Berkeley.

“I was working directly with Stephan [Lammel] from the very beginning,” Cardozo Pinto says.  “I was lucky that I got an independent project from the time that I started in the lab.” Senior lab members trained him in the necessary techniques, but Cardozo Pinto led the project, and even mentored another undergraduate who worked with him. 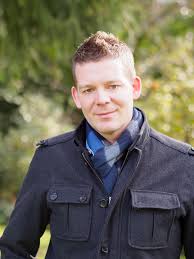 Cardozo Pinto’s project was focused on the dorsal raphe region of the brain — an area that Lammel notes is “centrally involved in many functions and dysfunctions of the mammalian nervous system.” The dorsal raphe contains a diverse mix of neurons that produce different neurotransmitters and neuromodulators such dopamine, serotonin, GABA, and glutamate. To identify and study specific cell types in this region, researchers often employ genetically engineered mouse lines that use a method called Cre-Lox recombination to specifically label cells that express particular genes. But during his postdoctoral work at Stanford University, Lammel had shown that some of the labeled cells in a supposedly dopamine-specific mouse line were not actually dopaminergic neurons, which would confound researchers’ results.

Cardozo Pinto’s project grew out of this finding. He set out to analyze five commonly used Cre-Lox mouse lines — two that targeted serotonin neurons and three that targeted dopamine neurons in the dorsal raphe. He and his coauthors used a number of different techniques, including viral vectors, optogenetics, electrophysiology, and immunostaining to identify the labeled cells, and found a high level of variability between the lines. The serotonin lines were highly specific for serotonin cells — more than 90% —  but one line labeled approximately twice as many cells as the other. The dopamine lines showed what Cardozo Pinto calls “substantial variation,” with the specificity for dopamine cells ranging from a high of 75% to a low of 30%.

“The work shows some limitations of these mouse lines and serves as an important reminder for the scientific community about the critical importance of a case-by-case evaluation of the suitability of transgenic mouse lines for any biological application,” Lammel says of the study published in Nature Communications. In addition to helping scientists plan future experiments, Cardozo Pinto points out that the work “helps to contextualize a lot of studies that have previously been published using many of these mouse lines.”

Additionally, in a quest to find out which cells were being unintentionally labeled, Cardozo Pinto ended up characterizing the distribution of cells expressing the different neurotransmitters in the dorsal raphe. “When I label[ed] all of the different cell populations that are present in the dorsal raphe, I found that they are spatially organized in a very specific and reproducible pattern,” he says, providing additional insight into the organization and circuitry of this important brain area.

Each color represents a different population of neurons in the dorsal raphe region of the mouse brain. Image courtesy of Daniel Cardozo Pinto and Stephan Lammel, from research published in Nature Communications.

Cardozo Pinto says that the paper “provide[s] a blueprint of the connections between dopamine and serotonin neurons and the rest of the brain that can serve as a roadmap for other researchers who want to understand the contributions of these systems to a variety of behaviors.”

In addition to Lammel’s mentoring, Cardozo Pinto credits UC Berkeley and the Amgen Scholars program, which he joined after starting his research, for helping to support and develop him as a scientist.

“I really appreciated the academic freedom that I had at Berkeley, both in terms of being able to choose more than one major … and also the ability to choose classes. I left a lot of time open for research. That intellectual freedom gave me a lot of opportunity to think about original questions,” he says.

“[The Amgen Scholars program] made a huge difference in my professional trajectory because all of a sudden I had a community of other scientists, including some that had a personal background that [was] closer to mine,” he adds. “I had a community that would support me, and at the same time I had a source of information that I could go back to … in terms of the advisors that were associated with that program,” who taught him about things like how to apply for conferences and what graduate school is like.

Cardozo Pinto graduated with a BA in MCB and Psychology from UC Berkeley in 2017, and earned numerous honors and awards for his undergraduate research and academic achievements. When he entered his PhD program, Cardozo Pinto became the first in his family to pursue a graduate degree. He is currently doing his thesis research in Robert Malenka’s lab at Stanford and has been awarded a prestigious National Science Foundation Graduate Research Fellowship. Last year, Cardozo Pinto also co-designed and taught a workshop about careers paths in science for high school students — demystifying science careers in the same way his mentors did for him.

Cardozo Pinto’s current research in the Malenka lab is related to the work he did as an undergraduate with Lammel. In fact, Lammel did a postdoctoral fellowship with Malenka, so Cardozo Pinto is following in his scientific footsteps.

Cardozo Pinto’s long-term goal is to have his own lab where he can study how different neuromodulatory systems such as dopamine and serotonin interact, building on his work at UC Berkeley and Stanford. “Increasingly, [there are] new tools available for studying more than one neuromodulatory system at a time with cell type specificity,” he says. “And that opens the door to revisiting a lot of old questions about the role of neuromodulators in learning.”

Cardozo Pinto says he is grateful to Lammel and his lab for helping to launch his scientific career. “It takes a special mentor and a special lab environment to create a space where an undergrad is free to take on challenging projects and ask original questions, and have both the freedom and the support to be able to see [it] through to completion. There was certainly a lot of hard work involved, but I was fortunate to work in the environment that I did, and that made a huge difference.”